Skip to content
Moving to Iowa: The 10 Things that Surprised Me Most

When I told friends and family I was moving to Iowa for school, most couldn’t identify any major cities let alone place Iowa on a map. Many even called me crazy. “You’re giving up Colorado mountains and skiing for Iowa?” Thankfully, I had a general idea about the state I was about to call home, but even so, I wasn’t entirely sure what I signed myself up for. As I packed up my belongings and began the 12-hour drive across the country, I prepared myself for what I thought was to come.

I spent four fun-filled years in Cedar Rapids, IA at Coe College. Then I stuck around and earned my master’s degree at the University of Iowa in Iowa City, IA. In addition to gaining an academic education, I also gained a cultural education as I learned about what “Midwest Nice” truly meant. And, instead of moving away after graduating, I ended up hanging around for a few extra years. I actually stayed long enough that I felt obligated to purchase a “Transplant” sticker from Raygun.

Although I found myself loving my time in Iowa, I must admit there were plenty of things that surprised me. Some even required a bit of adjustment when I first moved. Without further ado, I present to you: The Top 10 Iowa Things that Surprised Me the Most.

I’m from Colorado where the CU Buffaloes and the CSU Rams meet once a year at the Rocky Mountain Showdown. Having grown up around this, I thought I understood what an in-state rivalry meant. WRONG. After moving to Iowa, I soon realized that identifying as a Hawkeye or a Cyclone legitimately determines your social circles. This piece of your identity decides who you can be friends with and who your family will accept as your future partner. And God-forbid someone raised as a Cyclone and attends the University of Iowa. *GASP*.

When you break an Iowan down to their roots, they’re either a Hawkeye or a Cyclone. So, if you ever move to Iowa, one of the first questions you should ask your new neighbors is which team they prefer. It’ll save you embarrassment later if you choose the “wrong” team.

I might have underestimated the importance of farming in Iowa before moving there. But I was sure as heck surprised when EVERY city hosts a downtown Farmer’s Market on Saturdays throughout the summer. You can find booths with people from all over Iowa. They’re all there to sell their goods that range from fresh produce and food to hand-carved and hand-painted decorations. Some cities even have these markets on weeknights during the fall. Iowa might get a bad rap for being unhealthy, but try these markets out and I think you’ll change your mind.

It is not hard to meet someone from a town with a population of fewer than 5,000 people. Many of my friends in school compared graduating class sizes, but instead of boasting about the largest number of classmates, those who graduated with fewer than 15 students “won”. Maybe it’s because I’ve moved around so much in my life, but I couldn’t imagine going to school with the same few kids while growing up. Because these tight-knit communities are the backbone of Iowa, everyone understands the importance of being nice to your neighbor.

“I’m participating in RAGBRAI this year! Want to ride with me?” HUH?? RAGBRAI, aka Registers Annual Great Bike Ride Across Iowa aka the annual bike “race” where thousands of people pull out their bicycles and literally bike across the state of Iowa. The tradition is pretty cool. You start by dipping your back tire in the Missouri River, spend the next 7 days riding your bike across Iowa on designated routes and end the trek by dipping your front tire in the Mississippi River. It’s amazing how uniting this event is – strangers open their homes for overnight places to stay. And at base camp every night, bikers get to know their fellow riders by the campfire with ice-cold Busch Lights.

This simple, three-letter, one-syllable word, is the catchphrase of the Midwest. It’s basically a calling sign. You could be anywhere in the world, yet the moment a stranger utters that word, you’ll both know you’re kindred spirits because of that mutual connection to the Midwest. Applicable in almost any situation, “ope” is an expression that means you’re sorry for whatever inconvenience you may have caused. Honestly, it doesn’t even matter if you were the one who caused the situation, you just assume the blame and do whatever you can to make it right.

Long story short. If you’re trying to figure out quickly if someone is from the Midwest, bump into them and observe their reaction. If “ope” is one of the first words they say, you’ve got your answer.

One of the things I miss the most about living in Iowa is the amazing fact that the number of miles away a town or city is from you, is the number of minutes it will take to get there. Traveling to Iowa City from Cedar Rapids? That 27 miles will take you 27 minutes, with traffic. It makes timing your travel so much easier. I’m still adjusting to the fact that this trick doesn’t exist everywhere.

Check out UniMovers and save 30-50% on your move as compared with traditional moving!

People had warned me about what a Midwest winter could be like, but I was severely underprepared. It wasn’t the snow or cold that shocked me, but the overall lack of sunlight. Everyone knows the pain of Daylight Savings when the sun sets before most people eat dinner. However, in Iowa, clouds and grey skies add to the lack of vitamin D exposure.

I remember my first winter at school, and I swear, there was a straight 3-week period in January when I did not see the sun once. I moved to the Midwest from Colorado, which is famously known for “350 days of sunshine”. The lack of blue skies and sun during the winter hit me hard. If you’re moving from a sunny state, be sure to bring lots of Vitamin D supplements and an indoor natural light lamp to help keep those “winter blues” away. I definitely could have used that advice.

I distinctly remember the first time someone offered me these foods. Each time, I responded with a blank stare and a “What?” These foods are in most every Iowan’s diet. It is essentially blasphemy to dislike these foods. Since having tried all three, I highly recommend searching one out the next time you’re in Iowa because if you’re anything like me, you’re definitely missing out.

Side note: I also have yet to figure out the obsession with deep-frying everything. If you haven’t been to the Iowa State Fair, go and count the number of different foods that are deep-fried. I’m still the most surprised by Oreos and butter.

Cedar Rapids’ actual slogan is “The City of 5 Seasons” but those who live there know the city has more to offer than just beautiful sights and seasons. Colloquially known to most Iowans, as the City of 5 Smells, Cedar Rapids has a unique scent. Thanks to the downtown Quaker Oats plant and the Cedar River, there is seldom a day that passes that Cedar Rapids fails to emit an aroma. Although some are unpleasant, one day makes up for all of the bad: Crunchberry Day. Believe it or not, the crunchberries are actually made at the Cedar Rapids plant. When they are cooking, the entire city smells like the sweet and sugary cereal! It’s an instant mood changer. I was never able to learn when to expect Crunchberry Day. However, every time I visit, I secretly hope I’m there during one of the crunchberry days.

The absolute best part about living in Iowa was the people. Whenever I’m asked about Iowa, I always start off by saying that the people in Iowa are the absolute friendliest people I have ever met. Maybe it originates from that small-town feel that encompasses the state or the fact that eating corn all the time simply makes people happy. Regardless of the reason, I am forever grateful that I learned from Iowans how to be a kind, caring neighbor who genuinely cares about the wellbeing of their community members.

Hopefully, these 10 Items not only give you an idea of what to expect when moving to Iowa, but they also encourage you to learn more about this often-overlooked midwestern state. It may be small and full of corn and soybeans, but it truly is a hidden gem.

I think the movie Field of Dreams sums it up nicely: “Is this heaven? No, it’s Iowa.”

Thanks for reading, and as a proud Iowa graduate, GO HAWKS!

Are you moving to Iowa? Check out these resources! 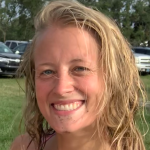 Kenni Sterns earned her bachelor’s from Coe College in Cedar Rapids, IA. She studied biology, neuroscience, and history while swimming on the college’s swim team. She graduated and went on to get her Masters in Public Health.
She is currently working on getting her BSN to become a traveling nurse. She works remotely for College Movers as the Head of Health and Safety and is a full-time dog mom to her German Shepherd, Maya.

With the current health crisis spreading across the country, it’s understandable to be anxious, worried, and even a little apprehensive. Here at College Movers, we…

A lot goes into preparing to pack up and transport all your belongings to a new home, which typically means hiring a moving company. Furthermore, you…

Moving is a busy and stressful time for many people. When moving, there can be many variables in both your move and the moving services…

Kenni Sterns earned her bachelor’s from Coe College in Cedar Rapids, IA. She studied biology, neuroscience, and history while swimming on the college’s swim team. She graduated and went on to get her Masters in Public Health. She is currently working on getting her BSN to become a traveling nurse. She works remotely for College Movers as the Head of Health and Safety and is a full-time dog mom to her German Shepherd, Maya.

4 thoughts on “Moving to Iowa: The 10 Things that Surprised Me Most”